Category Archives: Out and About

Single Ladies Put A Ring On It (Not)

With the springtime here and “love in the air”, the topic of weddings has been popping up more and more…which is totally fine except I’m single (see: alone) and have 3 friends that just got engaged…including my younger sister. Which even more so solidifies my thought that I will indeed be the crazy single woman with cats and a ton of Chanel bags (regardless of the fact that I hate cats…but whatever).

On this lovely Sunday my sister and I ventured to malls of all malls (The Southcoast Plaza) and did more window-shopping than actual shopping…Where I spoke of drinks and dudes, my sister (the little bride to be) stopped at every single window display for diamonds…and then there  was the Tiffany & Co. window display which was absolutely adorable…so warm and heartfelt…as in my sister awed at the windows and I rolled my eyes…and then started sobbing. I kid, I kid. 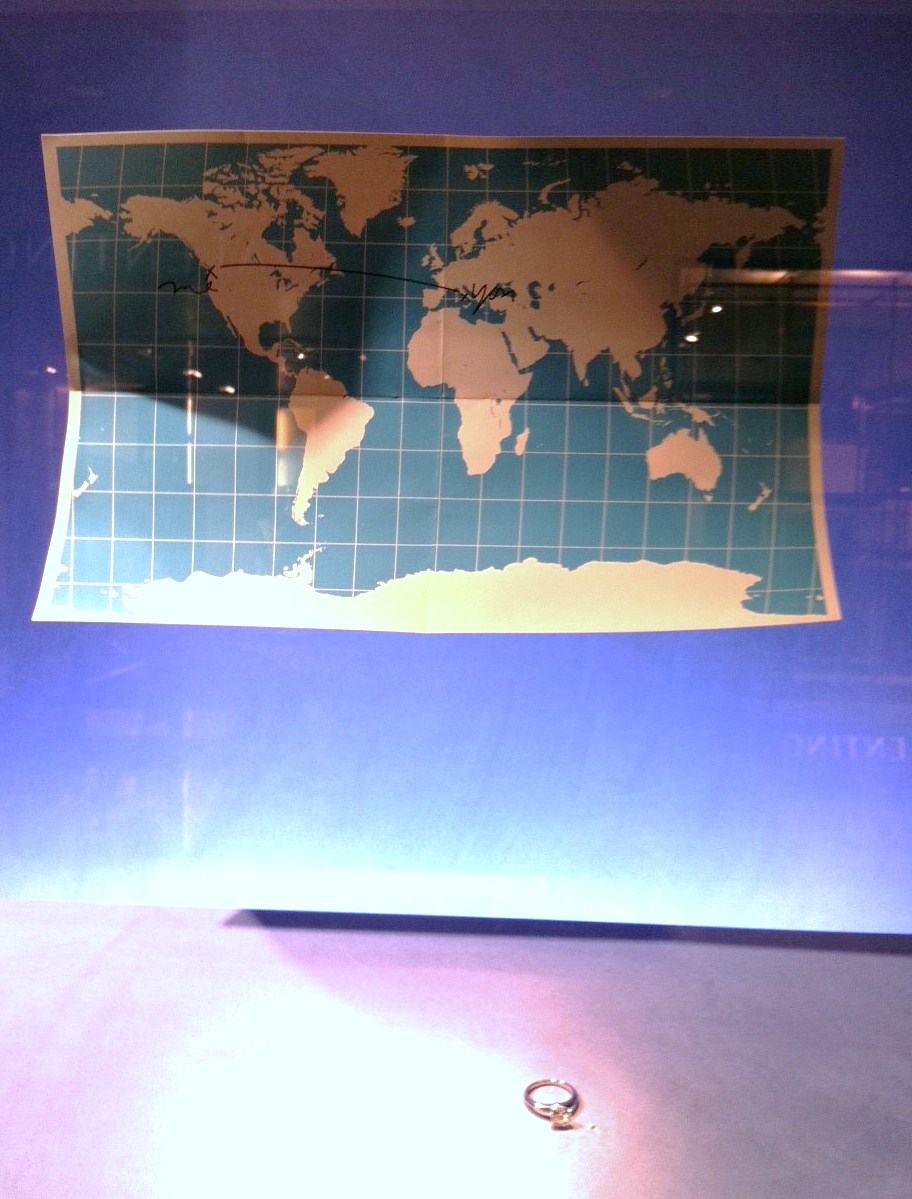 Super thoughtful and adorable right?! And while I do (one day) want what’s below…Hot model Lily Aldrige marries hot dude (Caleb Followill) in cool band from Kings of Leon…I can wait.

So for now, I am this…but on the West Coast… 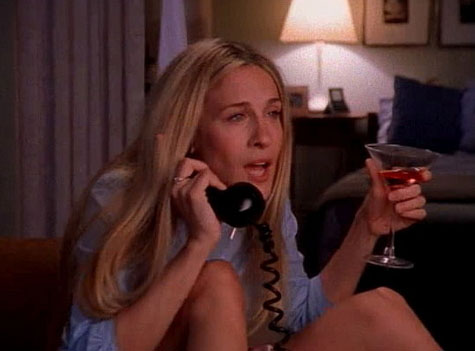 Except I’m not like 30-something…don’t have Bradshaw’s banging bod (yet…ha) Oh, and I live at home. Crap.

Posted in Fashion, Out and About, Uncategorized

Concrete Jungle Where Dreams Are Made Of…

…or specifically the LES (that’s the lower east side…)

That damn jungle also stole my purse and dignity on the last night my amazing vacation. Since then, life has been in shambles…trying to rebuild things like my wallet and identity via several trips to the DMV…But hey, someone in NYC is the proud owner of a $500 marc jacobs bag, a treasured vintage MCM wallet, a fabulous point-n-shoot camera with over 200 photos from the trip (such.a.bummer.), an iPhone and over $100 in cash.

It could have always been worse and all those things can be replaced but damn someone scored. Just have to laugh it off, that’s life.

Oh, and in case you are confused about the title of this post, see below:

So because our time at Echochella was so epic and out right fun…I thought I would do a follow up…No no, I am not going to go into how I felt the morning after (see the word “death” in case you’re curious though…) but instead an epic video by a talented friend named William Walsh as well as a few of my favorite pictures he snapped that day…

And now for the photos: 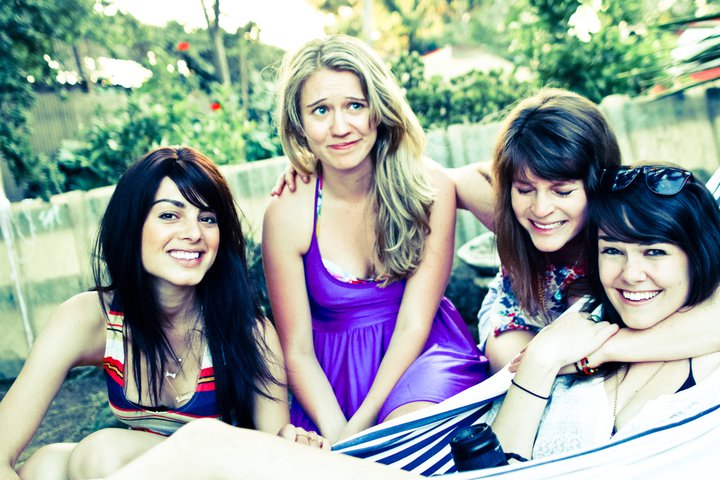 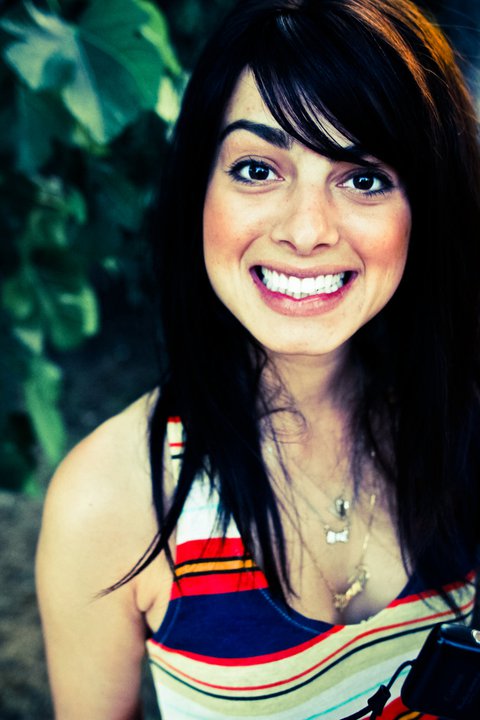 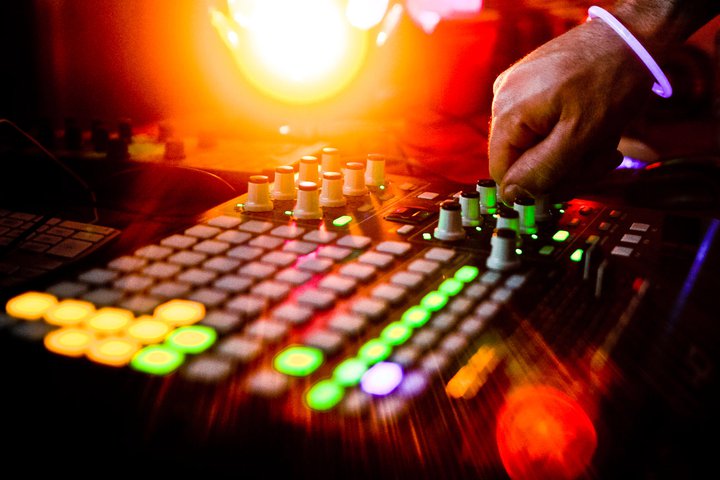 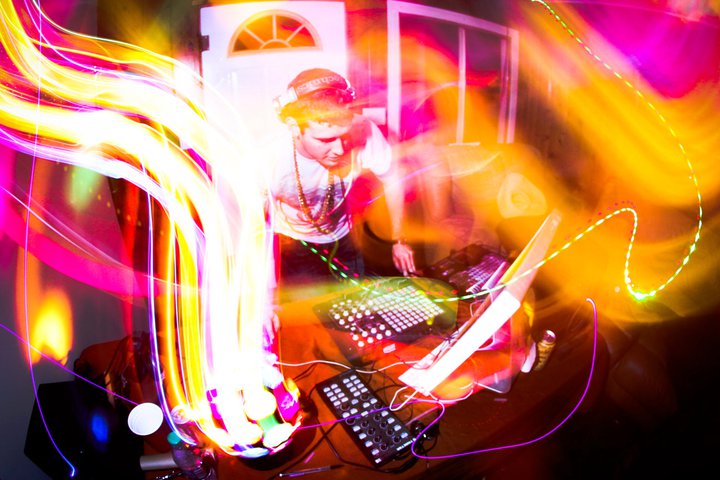 Posted in Fashion, Out and About

What I Wore: Easter

Today I had an amazing lunch with family and neighbors which included delicious main dishes, copious amounts of red wine (thanks to my dad) and home-made flan by the grandma. I really wanted to wear a pretty dress but because it had rained the majority of the day, I opted for more of a “grandma chic look” with a little midriff baring and leopard heels…I mean, I wanted to look somewhat like my age…Oh, layering knits? Yup, sign me up. 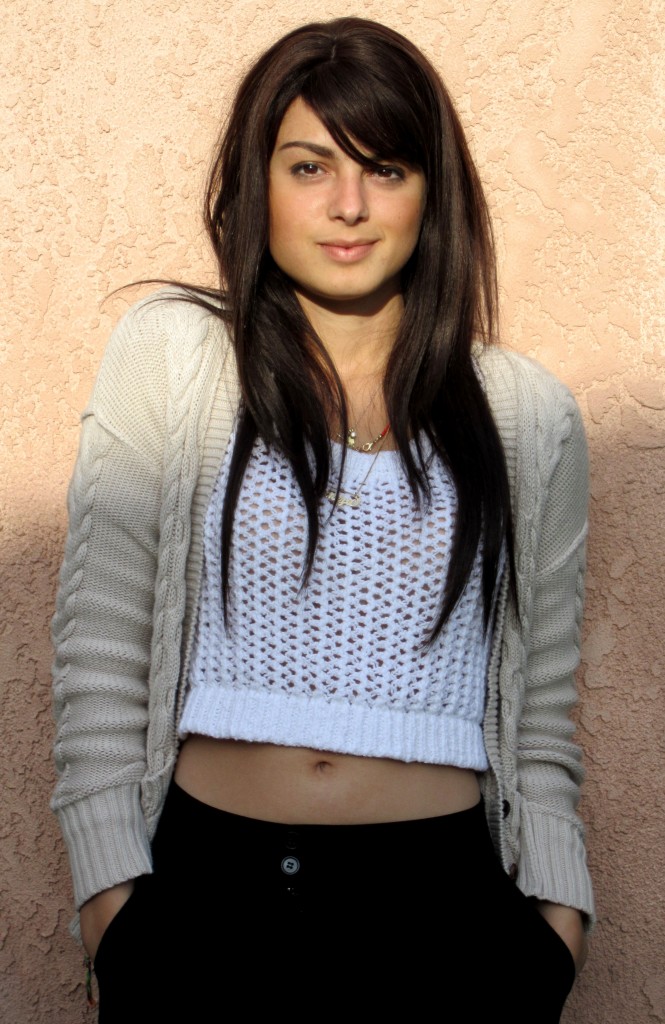 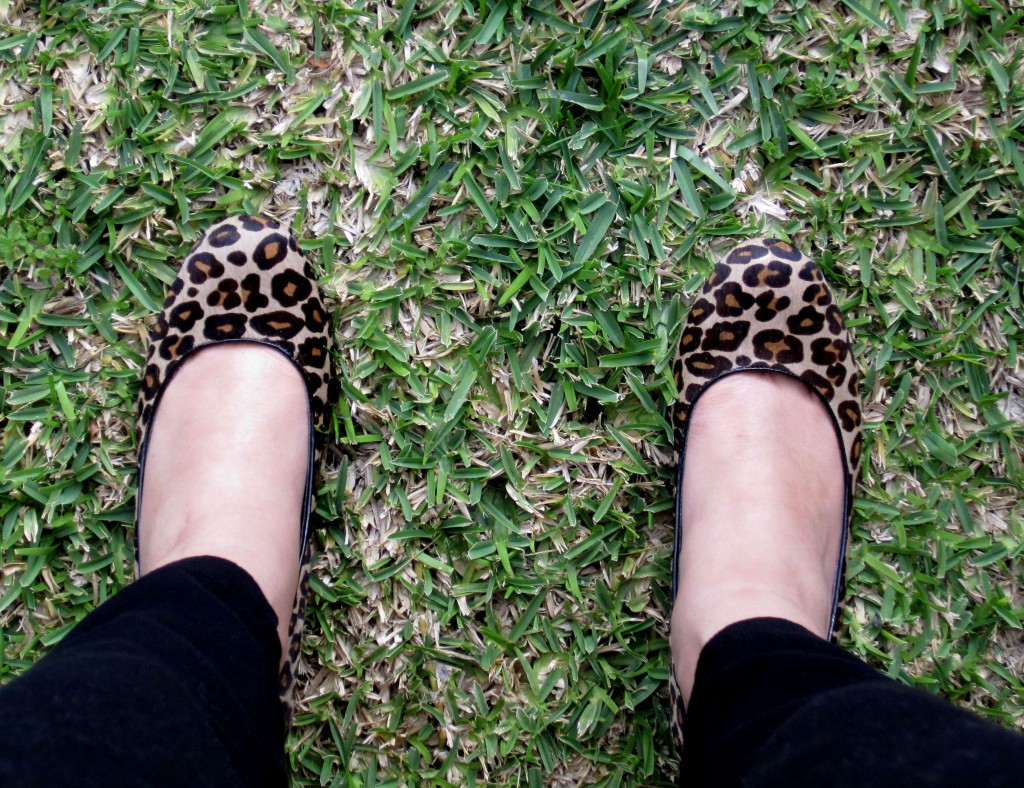 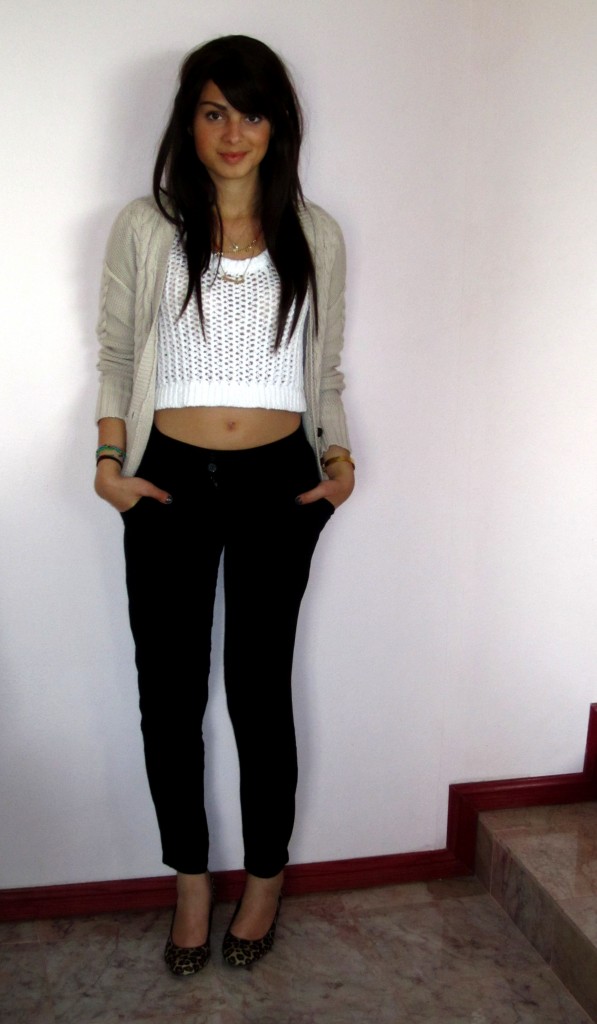 And to top it all off? A phone conversation with my best friend who I am headed to NY for vacation later this week! Hoping everyone had a fabulous Easter Sunday! xx

Posted in Chic Find, Fashion, Out and About

What’s Coachella all about? Anyone who has gone will tell you that when it comes down to it, yes, it’s about the music and parties but more importantly it’s about the memories you create with your friends while there. Given that our core group was in no mood to spend hundreds of bucks to brave the heat, crowds of strangers and porter-potties (gross), we opted for an even better event…our very own version of Coachella, rightfully dubbed ECHOCHELLA in the middle of (no, not the dessert) but Echo Park at a friend’s place. 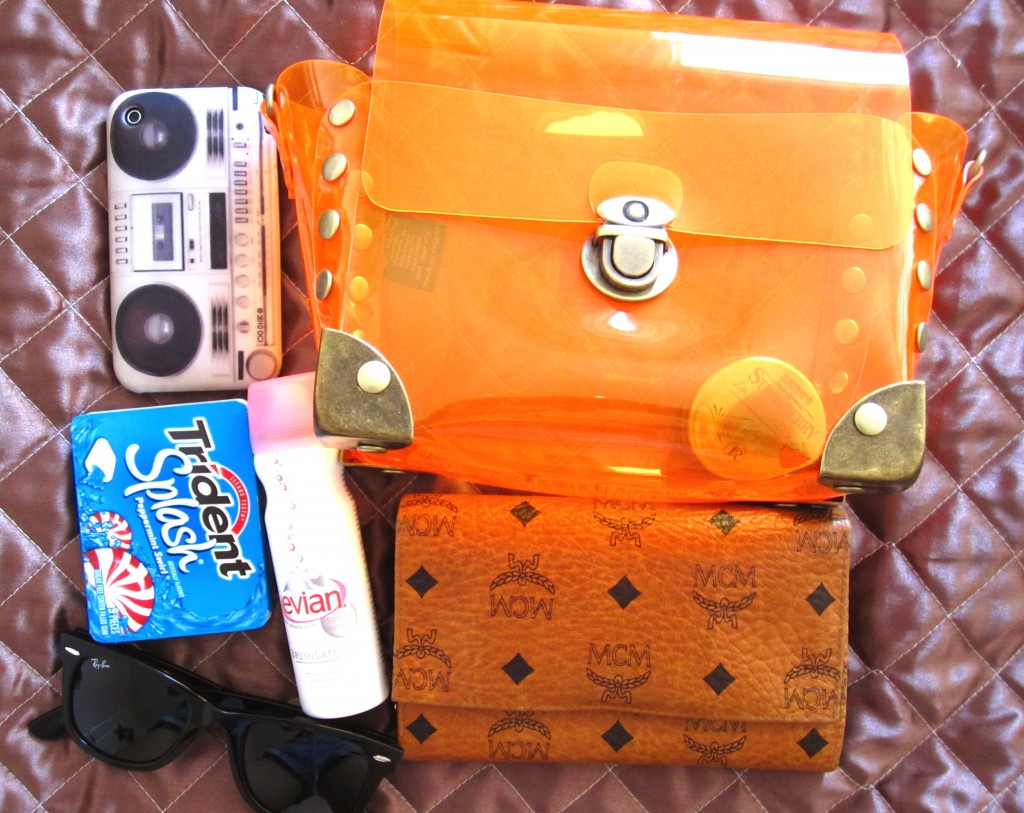 So naturally I had to pack a purse/overnight bag…but here were the essentials for the day:
1. the good ole iPhone
2. Urban Outfitters neon bag (with RoseBud lip balm inside)
3.Trident Splash gum
4.Evian face spray (best.thing.ever.)
5. Ray-bans
6. MCM wallet (not that I needed it because we hung out in a backyard all night…but still)
*7. Not shown: My liqour filled flask and Coconut water…both which came in very handy later in the evening, thank you very much. As well as a thick knit grandpa-like sweater…

We all relaxed and then raged into the night as the weather became a little cooler than expected and we made our way into the house whose living room had magically transformed into an awesome dance floor with strobe lights and a dj booth. We  danced until our feet hurt and talked until the wee hours of the morning. And all in all, it was worth it. As a friend said “Dear Echochella, you were not as good as I thought you would be; you were better.” Truth. Last night goes down as one of my favorite memories…denim cut off shorts, ray-bans galore, a magical hammock, cloud watching & star gazing, beer, s’mores, working toilets (yesss), awesome music/epic dance party but most importantly, a night with amazing friends. 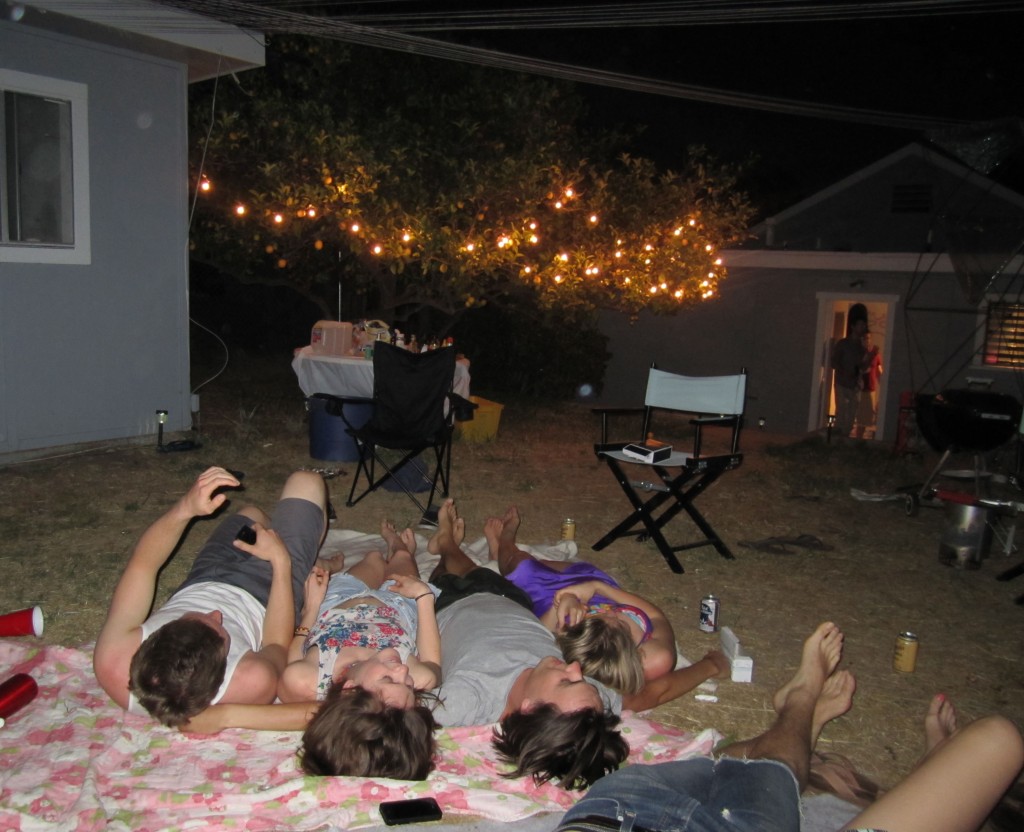